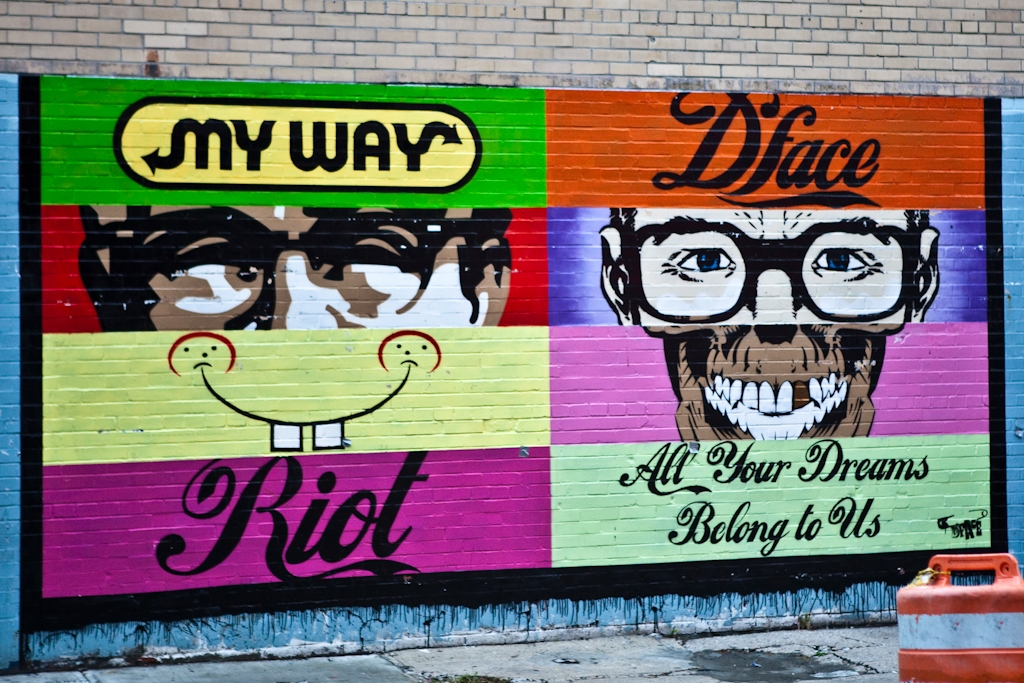 Dane O’Leary is a full-time freelance writer and design blogger for Modernize.com. He has degrees in psychology and anthropology with additional study in journalism, graphic design and public relations. Dane is currently working on his debut novel. 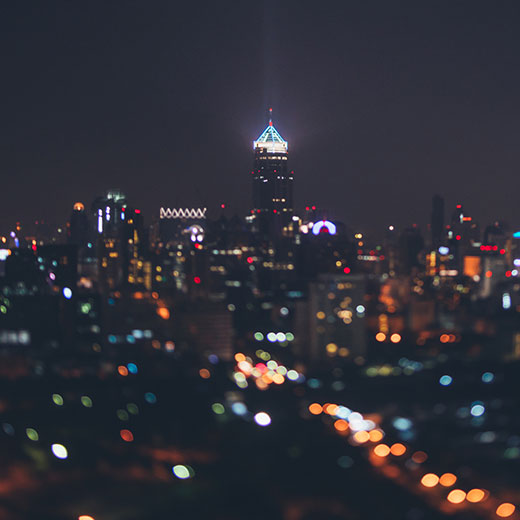 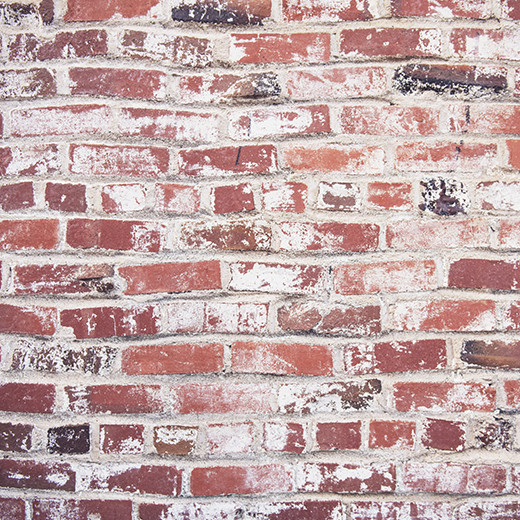 Branding is for Cows. Belonging is for People. by Krystle Wurster 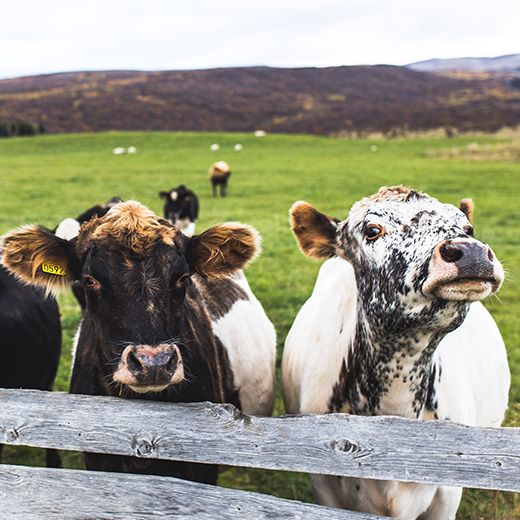 Being inspired by the conventional and unconventional around us is the key to successful innovation. Today’s street art—an artistic movement that challenges convention by creating or installing visual art in non-art industrial contexts––is derivative of the illegal spray paint graffiti that first appeared in its most quintessential form in the New York City Subway before quickly extending to most major cities across the world. Despite distant association with the punk rock and hip hop movements, and a slight air of subversion because of its anti-establishment heritage, even the marketing and branding industries have taken notice of street art’s distinct and exciting visual style. And as a result, some of the world’s most well known brands have hired street artists to create imagery for their advertising campaigns.

Street art is both visual and performance, and has grown rapidly in popularity in recent years. In fact, it’s common for passersby to stop and watch street artists as they create what can oftentimes be breathtaking or complex art in unexpected, public places. Evolving from a resistance subculture, street art has developed as a medium that frequently marries sociopolitical causes with visual art in a way that increases public awareness while being aesthetically pleasing. Many street artists have developed a reputation and a following, even receiving recognition in the art world. These successful artists travel internationally to perform commissioned street art and use their talents commercially in partnerships with major companies and brands.

The average person tends to be more distrustful of advertisements and images used in marketing media than in the past. Public distrust and increased awareness of sales strategies have led many industry experts to seek new and more innovative visual styles to incorporate into branding and advertising campaigns. In its most basic form, street art—and the fine arts in general—is about self-expression, creativity, and individuality, making it personal. Street art is like seeing what’s happening inside of someone’s head or like a visual portrait of one’s thoughts and emotions. By drawing inspiration from this art form, companies are attempting to shed the image of the McDonaldization of branding that’s cold and impersonal, making it harder for consumers to form a memorable or personal connection.

While it’s often assumed that audiences take cues from images seen in the media, the relationship between brands and consumers is actually much more mutual. This is especially true with regard to urban styles seen in everyday life. Companies of all types, from runway and fashion designers to the makers of popular soft drinks, have all been known to look to the consumer for branding inspiration. In fact, Coca-Cola (reported in 2011 to be the world’s most valuable brand) teamed up with São Paulo-based street artist Speto for their 2014 FIFA branding.

Another brand that has been inspired by street art is Perrier. Last year the French-based Nestlé-owned company partnered with three international street artists who contributed nine unique designs for Perrier’s glass bottles, plastic bottles and their new slim can. According to the company’s marketing manager, Perrier has supported the arts for over a century by consistently incorporating stylistic elements of contemporary popular culture into the company’s branding and advertising efforts. The inclusion of street art as a source of Perrier’s inspiration speaks to a desire to make the brand more appealing and accessible to young consumers. In particular, the campaign’s designers seek to capture and portray the whimsy and boldness of street art—aspects of this genre that align with the company’s brand.

In the years to come, the world’s largest companies will likely continue to be inspired by street art’s unique style, energy, innovation and design. Incorporating a unique visual style is helping to make brands more memorable and approachable. The efforts of the marketing industry to make brands and advertising campaigns more personal has set the stage for a new era of visual branding.

Dane O’Leary is a full-time freelance writer and design blogger for Modernize.com. He has degrees in psychology and anthropology with additional study in journalism, graphic design and public relations. Dane is currently working on his debut novel. 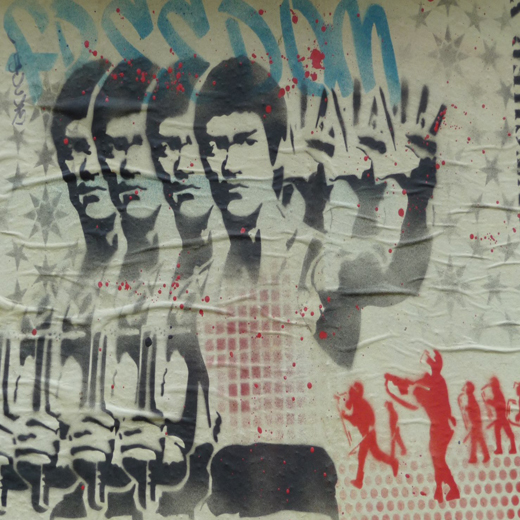 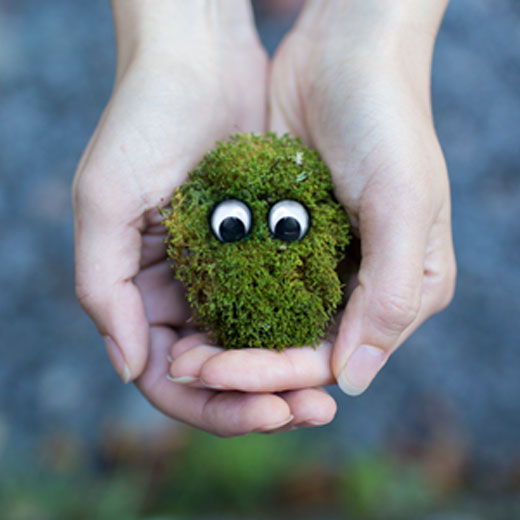 Download our Values Exercise to get started on a new year full of purpose. https://t.co/h4qzFoxUXM