Bulletproof Mindset: How to Build Grit

Bulletproof Mindset: How to Build Grit

Subscribe
Related Articles
Get Onboard with the Turbulence by Annabelle Parr 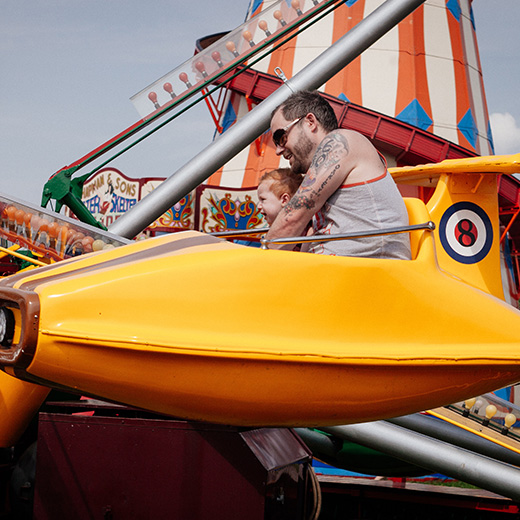 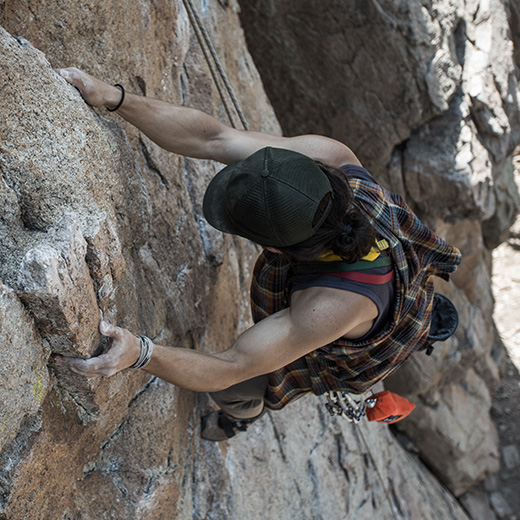 It’s Time for Your Leadership Team to Wake Up! by Bulldog Drummond 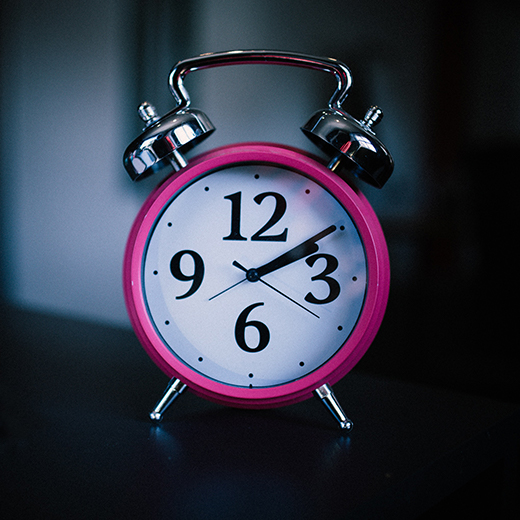 In Hollywood, she has more Academy Awards than any other performer in a leading role. Katherine Hepburn is an icon. She began her career as an actress in the late 1920s and worked for more than 60 years. By the end of her journey, she had a lot to show for it.

Over time, these things weighed on her image, and it reflected in the sales of her movies. At one point, she had so many flops in a row that she was considered box-office poison.

A Story of Mental Toughness

Today, there is a lot of talk about grit. It’s defined as a combination of passion and perseverance. It’s the motivation to achieve one’s objectives through persistent effort even in the face of difficulties and setbacks. It’s required to accomplish anything of significance.

Hepburn’s career started and ended with critical acclaim, but it’s often forgotten that, at one point, she was so unpopular that she opted to leave Hollywood to try and revive her appeal.

Her comeback and the eventual rise of her legacy was the result of an uneven journey, and it wouldn’t have happened had she not kept rising from her falls. Grit was the difference.

Hepburn isn’t unique in that she was able to fight through challenges to achieve something great. That’s almost a prerequisite. That said, in most stories, battles are fought behind closed doors, and we don’t always get to see anything more than the success that follows.

Hepburn’s successes and failures were always public, and her story powerfully exemplifies how grit is harnessed and what it actually entails.

Embrace the Unsexy Definition of Passion

Angela Duckworth is a recipient of the prestigious MacArthur Fellowship, also known as the “Genius Grant.” She’s the psychologist responsible for popularizing the study of grit.

In her book, Grit: The Power of Passion and Perseverance, she makes a case for why grit is important. She presents a number of studies that show a correlation with success in many different domains, and more importantly, she discusses how we can nurture it.

Not surprisingly, passion is of critical importance. It’s in the name of the book, and we’ve all heard it before, but let’s pause there for a second. What does passion actually mean? It’s a very misused term.

Rowdy Gaines is a former competitive swimmer with three Olympic gold medals to his name. In conversation, Duckworth asked him whether he loved to practice. After all, over the years, he had swum more than what it would have taken to circle the world to get to the stage of excellence that he needed to be at.

“Are you asking me if I love getting up at 4 in the morning, jumping into a cold pool, and swimming laps looking at a black line on the bottom, at the very edge of my physical ability where my lungs are screaming for oxygen and my arms feel like they’re about to fall off? No, I don’t, but I love the whole thing.”

That’s what passion is. It’s unsexy most of the time, and it’s not about what we do on the hour to hour or the day to day basis. It’s about the bigger picture, and it’s about knowing how to connect that bigger picture to the mundanity of the process.

When Hollywood saw Katherine Hepburn as a failure, she left to act in a play. The Philadelphia Story. It wasn’t necessarily where she wanted to be in the long-term. She was very much captivated by the movie industry. That said, the bigger picture was in the love she felt for her art, and she knew that sometimes, to get there, you do what you don’t want.

Passion is the magic sauce, but the journey itself isn’t magical. There just needs to be a larger idea that inspires enough of a commitment to keep you pushing through all of the unsexiness. It can’t just be temporary excitement, but nor does it have to be a thing that you love every component of. It’s a combination of deep interest and meaning.

Accept That Perseverance Comes at a Cost

In the equation of grit, if passion is the first half, then perseverance is the other half.

Passion is what drives and inspires perseverance, but perseverance also requires a mindset that accepts the cost. It requires the willingness to acknowledge and rise from defeat, and that isn’t easy. Defeat, especially concerning something that’s dear to us, can be crippling.

Hearing “no” over and over again or falling short of the desired result isn’t what we aim for, and when reality falls short of expectations, there’s always a degree of pain.

To persevere is to push past that and use failure as a tool rather than a hindrance. It’s about making a conscious decision not necessarily to ignore the potential pain, but to embrace and accept it. If you aren’t aware of the costs, you won’t last long when they start to show.

Almost anyone that’s made it as an actor or an actress has had to go through experiences of rejection upon rejection. That usually comes with the territory of being an unknown player in a highly competitive industry. That’s the cost.

At first, Hepburn had a different start. She was lucky enough to get cast right after graduating university, and her first performance in a production was quite well-received. Based on that, she got a few more jobs, and within four weeks of her debut, she was put into a leading role.

And then she was fired. When she eventually did make her Broadway debut, bad reviews caused the show to close within eight days. After that, she was fired again from another three productions before her breakthrough performance booked her a ticket to Hollywood.

Rejection in the face of all odds is one thing, but to be repeatedly fired and told that you don’t have what it takes after you’ve seemingly proven yourself, that’s something else, and that’s where many people might have given up because they don’t fully realize what it takes.

Hepburn didn’t, and in hindsight, we see that it would have been insane for her to do so.

The mindset of perseverance is about seeing failure differently. It’s about being honest with yourself and considering the pain of defeat before accepting that it’s worth enduring.

Realize That It’s About Stamina, Not Intensity

We all have our own ideas of success, and the word itself isn’t worth generalizing.

Most definitions of success, however, equate the term with accomplishments that are difficult and that make a person a little more unique for having accomplished them. When it comes to this definition, success never occurs overnight. It correlates with time invested.

Can there be efficiencies on the path there? Definitely. Are there any clear shortcuts? Rarely.

Meaningful success takes a long time, and the longer it takes, the more opportunities there are for failure and disinterest. It makes grit a quality that’s needed on a recurring basis rather than in heavy doses, and that’s particularly the case for exceptional forms of success.

Although Hepburn won her first Oscar relatively early in her career, her second and third ones were won 34 and 35 years later, and she won her final one another 13 years after that.

The simple truth? It took her 48 years to go from a relatively successful, but not uncommon, actress to an immortalized icon.

An Unrewarded Commitment Is a Prerequisite

Of course, time alone doesn’t drive progress. Feedback, along with deliberate and effective practice, are needed, too. However, a time commitment of at least a few years is generally a prerequisite for accomplishing most outcomes conventionally considered meaningful.

In 2011, Benjamin Jones and Bruce Weinberg published a paper, Age dynamics in scientific creativity, in which they analyzed 525 Nobel prizes awarded between 1900 and 2008. They wanted to study the link between age and when important discoveries were made.

With a few exceptions, all winners produced their greatest work well past the age of 30.

This kind of research has been replicated in musicians, poets, and athletes, and the result is consistent throughout; great accomplishment and great skill have to be nourished over time.

For this reason, grit is more about stamina than it is about intensity. Our ability to meet goals directly correlates with the amount of time we invest in striving for them, and there’s at least a baseline level of investment before significant results are likely to show.

All You Need to Know

Grit, as defined by passion and perseverance, is a relatively new idea. It will likely be awhile before we can paint a clear picture in regards to how much it truly influences our ability to do the things we set out to do. Early research and evidence, however, show some promise.

In modern culture, Katharine Hepburn may not be as big of a household name as many of today’s stars, but few people in the movie industry are unaware of her productions. The work is timeless.

More than great accomplishment, however, her career highlights what it takes to have grit. It’s what got her through the hurdles, and it’s what pushed her past the mark of others.

Nothing valuable comes comfortably. It’s easy to say you need passion and perseverance to succeed, but it’s also important to know what they entail. Grit may be a new area of study, but its components find their roots in wisdom reaching back thousands of years.

The world doesn’t go out of its way to help. It’s on us to sway the odds.

About the author: Zat Rana. Playing at the intersection of science, art, and business. I write to reduce noise. www.designluck.com.

Subscribe
It’s Time for Your Leadership Team to Wake Up! by Bulldog Drummond
Previous 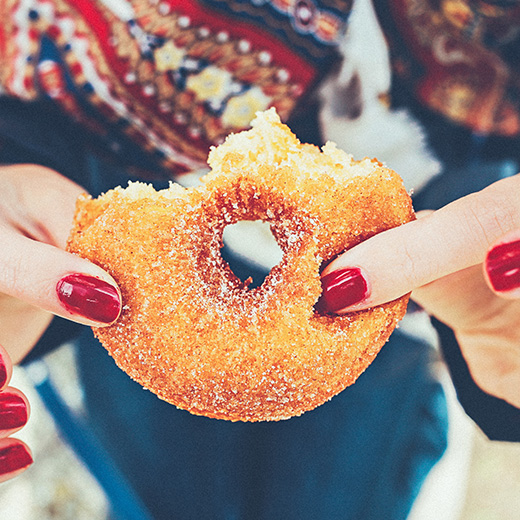