Board Shorts And The Boardroom

Board Shorts And The Boardroom

Subscribe
Related Articles
Lead With Your Vision, See With Your Heart by Wisdom Capture 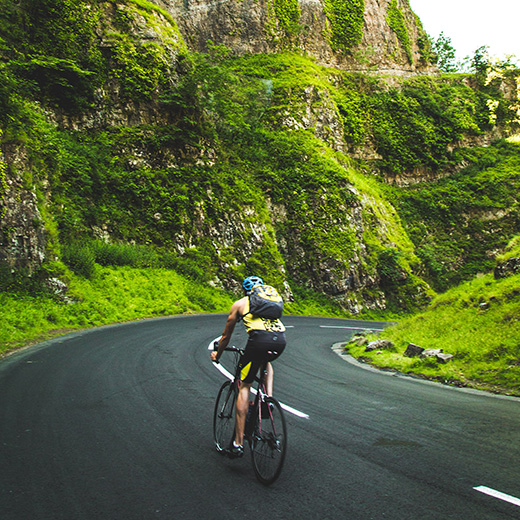 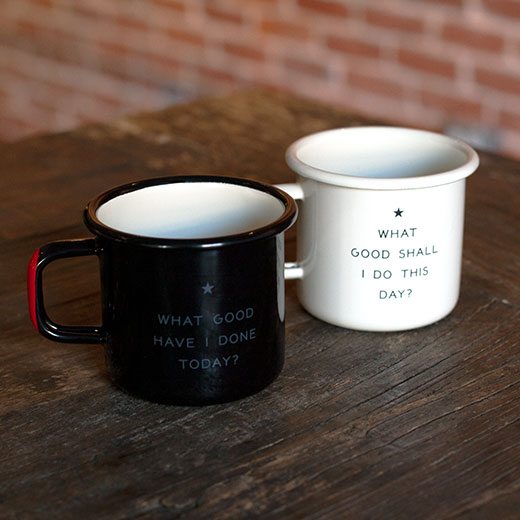 Do As I Say and Do by Denise Lee Yohn 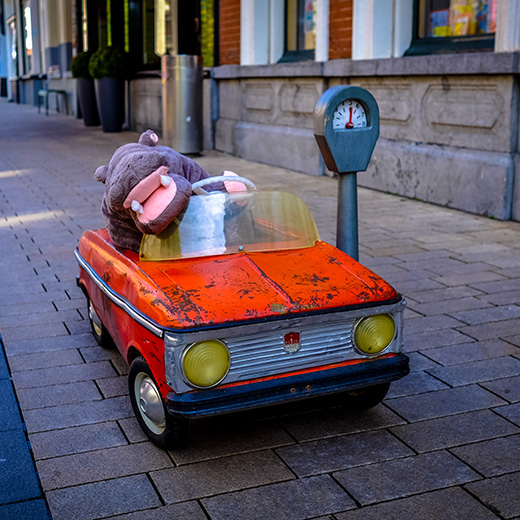 0 to 500 Million: Lessons From Yeti by Michael Irwin 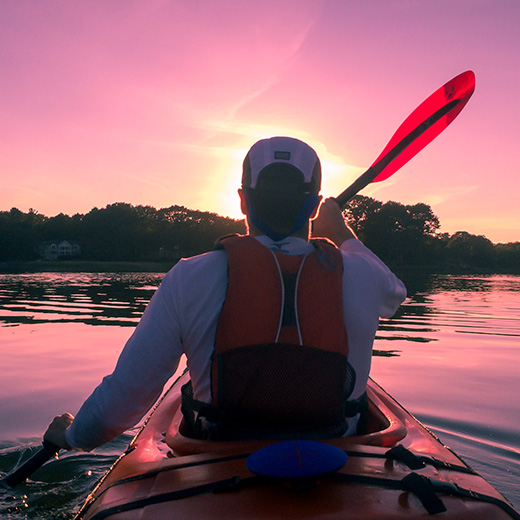 I previously had the privilege of guest lecturing at San Diego State University on innovation and brand development. I am both inspired and challenged by the wide variety of students I teach. Early this summer one MBA student stood out to me—in fact he approached me in the car park after class and asked if we could grab a coffee. Long story short, Kevin Smoker used to be lifeguard, had his own dive instruction business, and was passionate about building a business around the water until he was struck by a car on his way home from lifeguard duty. Hospitalized and then forced to lay flat on his back for months due to damages to his inner ear, Kevin’s doctors told him he should give up professional aspirations in and under the water. Instead of feeling defeated, Kevin decided to go back to school to get his MBA, and today he is a Product Manager at Life Technologies. After several coffees with Kevin, I realized what common sense wisdom he had, so I asked him to share some of it. Here’s what he has to say:

As many of us vacationed at the beach over the summer, there was an iconic figure standing on his or her tower, tanned skin glistening in the sun, face caked with sunscreen shining as a stoic embodiment of everything summer. But those guards are more than just blonde hair and tan skin. Unknowingly,they can be an inspiration to business leaders everywhere. The standards lifeguards learn in their first few weeks in red trunks are ones that each of us can take back to the office when finished relaxing on the beach.

Scan your area and know your beach.
The first thing that we can learn from a lifeguard is to watch everything. Lifeguards are consistently aware of their surroundings and are always paying careful attention. They use scanning patterns in which they scan their primary water area directly in front of them where most of the swimmers are. Then they scan a secondary area including the area outside the surf line and just on the shore, where experienced surfers, boaters, and waders are playing. Finally they scan their tertiary area farther out onto the horizon, up the beach, and on the boardwalk. If something is happening on their beach, they are aware of it. As guards constantly scan, they never focus on the same thing for more than a few seconds. One maxim says that if you stare at one swimmer for 30 seconds you may have missed another one struggling. Similarly in your business you might constantly watch, or be constantly vigilant of not only your immediate and active competitors, but also pay attention to what your latent competition is doing. But watching the present marketplace and currently emerging trends isn’t enough; you need to be keenly aware of what new technologies may be on the horizon that you haven’t noticed. Typewriter maker Smith Corona had no issues with the swimmers in the water, but missed the 100-ton cruise ship of PCs offshore that eventually crashed into their beach. Imagine your beach—what is happening in the water? What is happening on the sand? What is happening at on the horizon? Chances are it is more than just some seagulls and seaweed.

When you discover a trend on the horizon trust your instincts and investigate.
Lifeguards are taught “when in doubt just go out.” If you see something happening in the water that doesn’t look quite right, go out and investigate it—a swimmer seeming to have a tough time may become a rescue in a few minutes. So the best practice is to simply go into the ocean, warn them of the potential danger and ask them to move them to a better place. For all the time guards spend looking at the water, experienced guards learn to quickly recognize a gut feeling about something that doesn’t seem quite right. Simply being aware of the a potential problem isn’t enough; guards investigate them to assert they are clear of danger or take actions to solve for the hazard before it becomes a major problem. In business, seeing a coming trend requires you to go out and learn far more about the technology or idea and take active steps to be on top of it. Companies like Proctor and Gamble (LINK) are masters of being aware of these trends and getting out to investigate them. Through in-depth field research, P&G spends hundreds of hours and millions of dollars learning new ways customers are using their products or examining novel solutions to the same problem. As a company, when you identify an emerging trend or product concern, get out of your office, swim into the market, immerse yourself, and find out firsthand.

When you decide to make a rescue, take a moment to plan what the scene will look like once you get there.
The third and perhaps most important thing one can learn from a lifeguard is the most difficult skill that lifeguards must learn—strategic planning. It takes experience and practice, but eventually all great lifeguards have the ability to stay cool, calm, and collected in the face of emergencies while staying focused on their plan. Before rushing into CPR or a water rescue, competent lifeguards need to stop to think, take in the whole scene, develop a plan, then proceed to the rescue based on their training and experience. On their first rescue, novice guards typically rush out to save a victim, but don’t have a coherent plan to actually bring them back or think about what they will do if three others start struggling nearby. Corporate dilemmas are no different and all too often companies, teams, and individuals respond with gusto and rush in to solve the problem immediately without a clear vision for what the end state actually looks like. When you or your company is taking action, be sure to remember to analyze what the net result will be once you have arrived at your destination.

When the moment necessitates it, take calm, controlled, and decisive action.
Lifeguards are trained to be leaders on the beach and when something needs to be done they act with the public’s best interest in mind and make clear, decisive decisions to rescue those in need. For guards the worst mistake is missing a rescue, but almost as bad is seeing one and being unable to respond due to indecision. Similarly in businesses, being aware of an emerging trend and taking too long to come to a decision and act on it means you might miss the opportunity. Imagine a guard acting the way some companies approach problems: A lifeguard spots ten people struggling in a rip current. He radios the nearby headquarters and stands on the beach to have a committee meeting to decide on the best path forward, then he goes up a few levels, radios the chief, and finally comes to a decision. Although he needed a plan to save everyone, he could have taken immediate steps to assure reinforcements and started the process to affect the rescue. Look at Sony, for example. They have seemingly become seriously challenged with slow and indecisive decision-making. While they owned the market with Walkman and the Triniton, they have spent millions recently trying to establish many new arms of the company and yet they seem to have missed the mark on nearly every one. So when the next emergency pops up and the entire scene has changed in an instant, be decisive and calm. Take a brief time to plan, and then act, as it can save millions, if not billions, of dollars the same way it saves lives every day.

As summer comes to an end and you return to the office, ask yourself how you can be the vigilant lifeguard of your business. Think about those red-suited rescuers when you get back to work and be ready watch everything on your beach. When you spot something out there, go out and investigate. When it looks like its time to make your move, plan for what the scene will look like when you arrive at the scene. And finally, don’t forget your sunscreen. 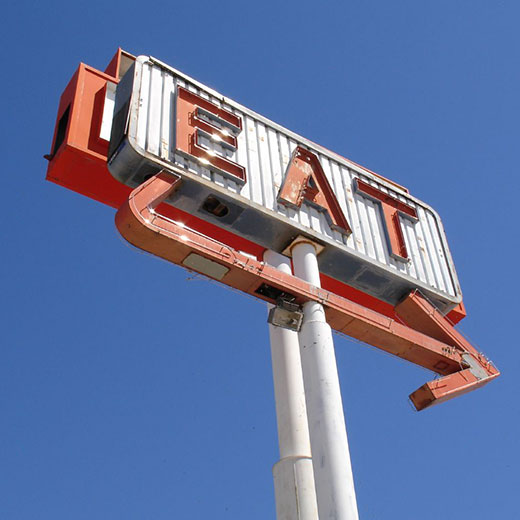 Why People Innovate And Companies Complicate by Shawn Parr
Next 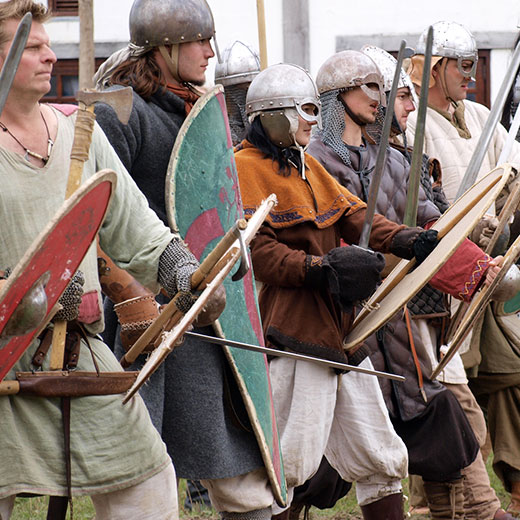